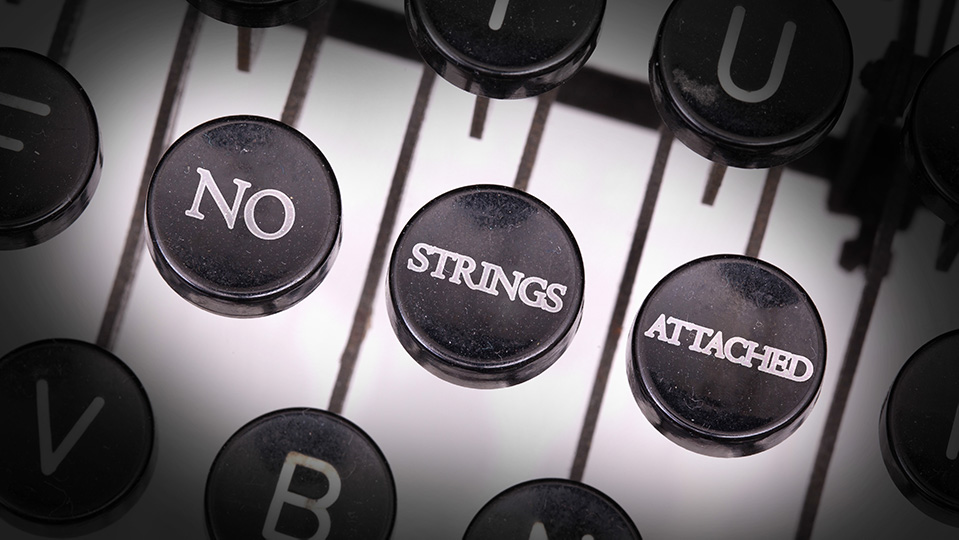 Give First With No Strings Attached

I hear too many people asking how they can turn around their fortunes around. I feel for them, I’ve been there too, nothing happening and perhaps short of time and money.

The problem is that they are too focused on themselves, and someone doing something for them rather than the other way round.

Imagine being at a party, it’s busy and there is a queue for the bar. A stranger walks up to you, sees you with a beer, and asks you to go get him one. After all look at the length of the queue and you already have what he wants!

Now imagine the same scenario, a stranger walks up to you, sees you with your beer. He says to you, ‘I see you have a beer already, but I’m going to the bar do you want another?’.

In the first version you probably thought what a selfish, arrogant and egotistical [insert swear word here]. The second version probably confused you as the person must want something because you’re not used to people out of the blue giving first – so we’re kind of conditioned to be skeptical.

If the chap returns with a beer, introduces himself and then soon after moves on to talk to others at the party, it would have set up the frame for one of the most powerful forms of influence – reciprocity.

To do this you need to give first with no expectation of something in return, and I genuinely mean no strings attached. People have an ability to know if you are doing this as an act of kindness or you’re after something. What’s more if you’re attached to an outcome then your mindset will be ruined when the generosity is not rewarded.

So give first, the more you are generous with your time, knowledge and kindness – the more it will come back to you and not always in that moment and not always in the ways you expect. In fact I would go so far as to say it’s a key element in building the foundation of trust in a relationship.

Now there is one closing point to make, don’t be so generous you have nothing left whether that be time, money or other resources. Do it on your terms and don’t get locked into an escalation of commitment that does not serve you. Remember no strings attached cuts both ways…

← Will Crisis Be The Making Nutrition For The Mind →